After ten years at 2549 Quadra Street (the lower level of the Vancouver Island School of Art) the Slide Room Gallery has moved to 1725 Quadra (the former North Park Bike Shop). The gallery will exhibit work in the windows of the space on a regular basis and then three times a year have an open studio exhibition inside the gallery space. The Slide Room Gallery has started a Residency Program where participants can rent studio space in the “gallery” for four months and at the end of the four month have an exhibition in their studios and the rest of the gallery space.

The History of the Slide Room Gallery

Originally located on the lower level of the Vancouver Island School of Art, the Slide Room Gallery originated from much of the same momentum that had fuelled the school itself: the desire to contribute to the arts community in a way that maintained a high level of seriousness  while also reaching a broader public, one that might be less familiar with contemporary art practice. In the tradition of the many independent galleries developed in partnerships with colleges and universities, the SRG was intended to be both a compliment to the school’s mandate and an independent resource for local, national, and international artists.

The space itself was originally used slide presentations including art history lectures and visiting artist talks. With its open plan, abundant natural light and white walls, it seemed a natural fit for an exhibition space, and still retains some of its ‘schoolhouse’ character in the form of tongue-in-groove walls and linoleum flooring. These features add to the space’s current roles as both independent forum and teaching gallery, heritage building and community hub, ‘blank slate’ and retrofit.

Since its inception in the summer of 2006, the gallery has hosted shows ranging from drawing and painting to sculpture, photography and installation. As of March 21, 2007, the Slide Room Gallery has been incorporated as a non-profit society in the province of British Columbia.

We welcome proposals for curatorial projects as well as independent artist submissions. The gallery’s mandate is to focus on contemporary art practice. 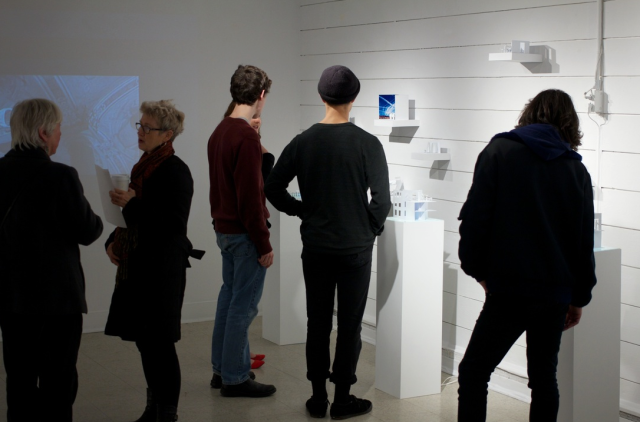